In Japan, this is the best time to see the cherry blossoms. The sakura bloom throughout the end of March until May all over the country. What a wonderful scenery to see. I hope I can see it for myself someday.

Today, I’m showing you figure photos of Good Smile Company Nendoroid #500 Sakura Miku: Bloomed in Japan version in my Japanese home diorama. The part of the diorama was built long ago and I’ve used it in my past works. My brother helped me modify it a bit for Sony Toy Photography workshop last month.

Miku is excited, so let’s take a look! 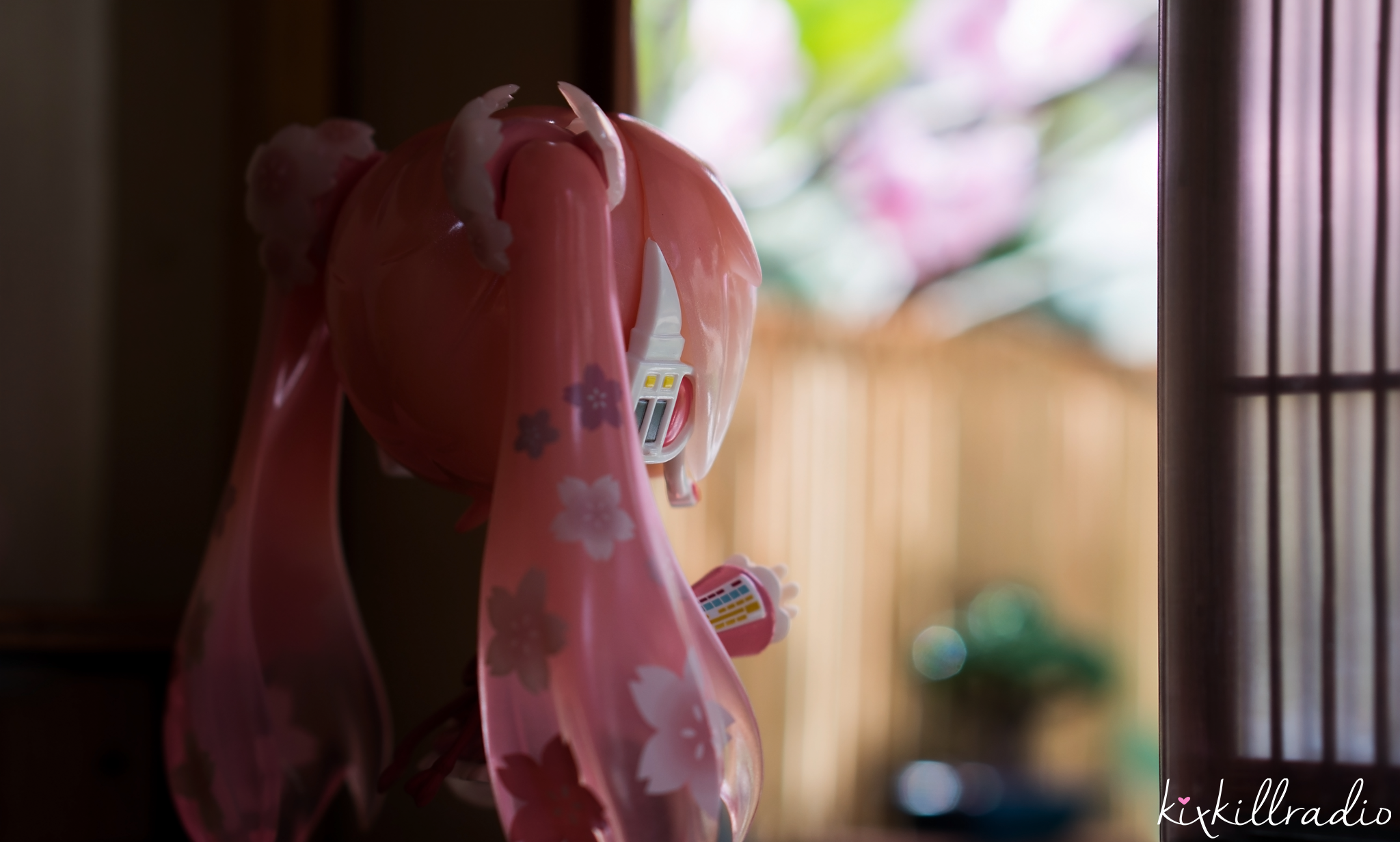 I made a simple Japanese garden with cherry tree where Miku can enjoy hanami viewing. 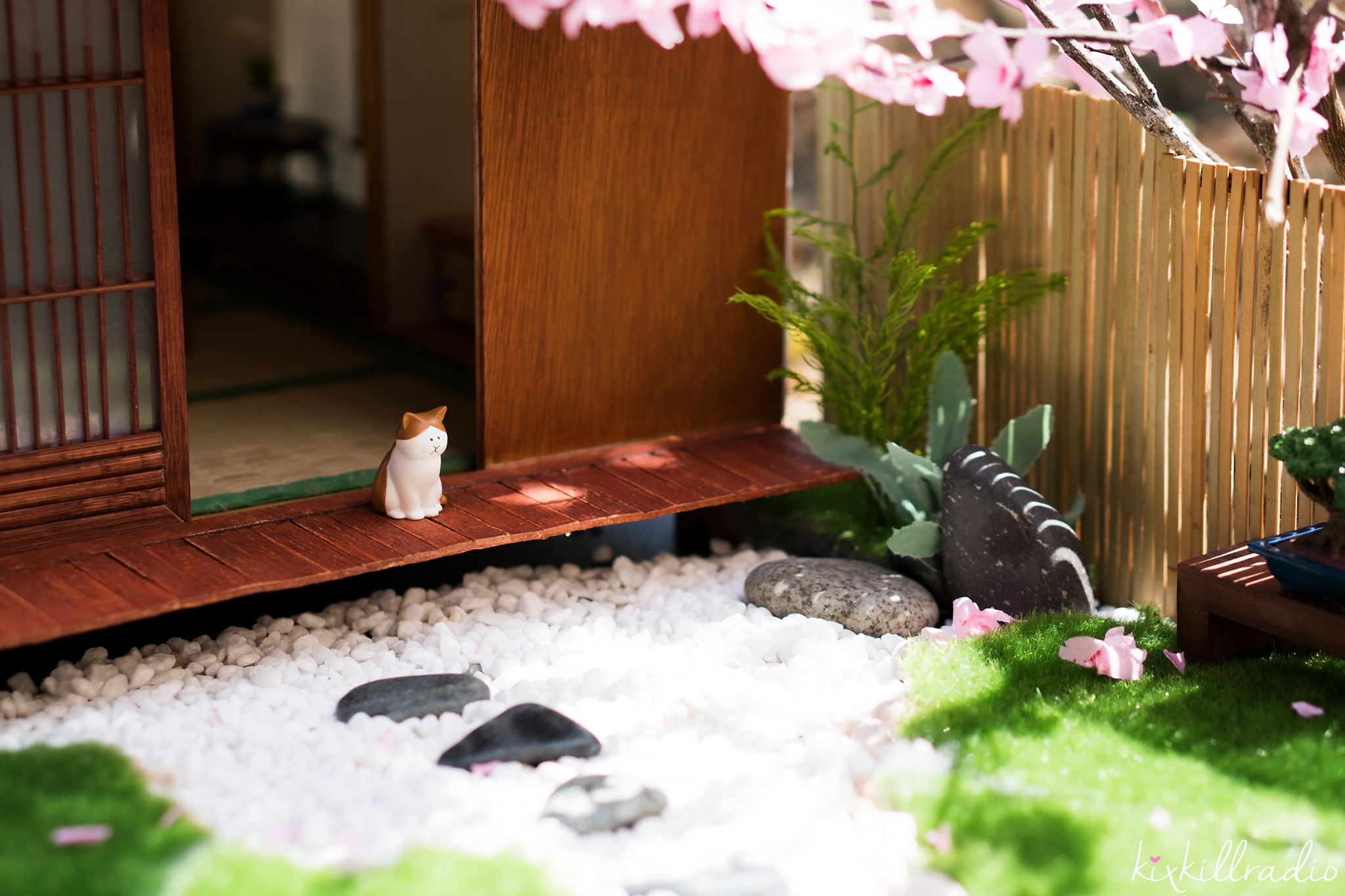 Since we have various types of rocks in our garden, I used it for designing the Japanese home exterior. The grass and some of the plants were fake too. 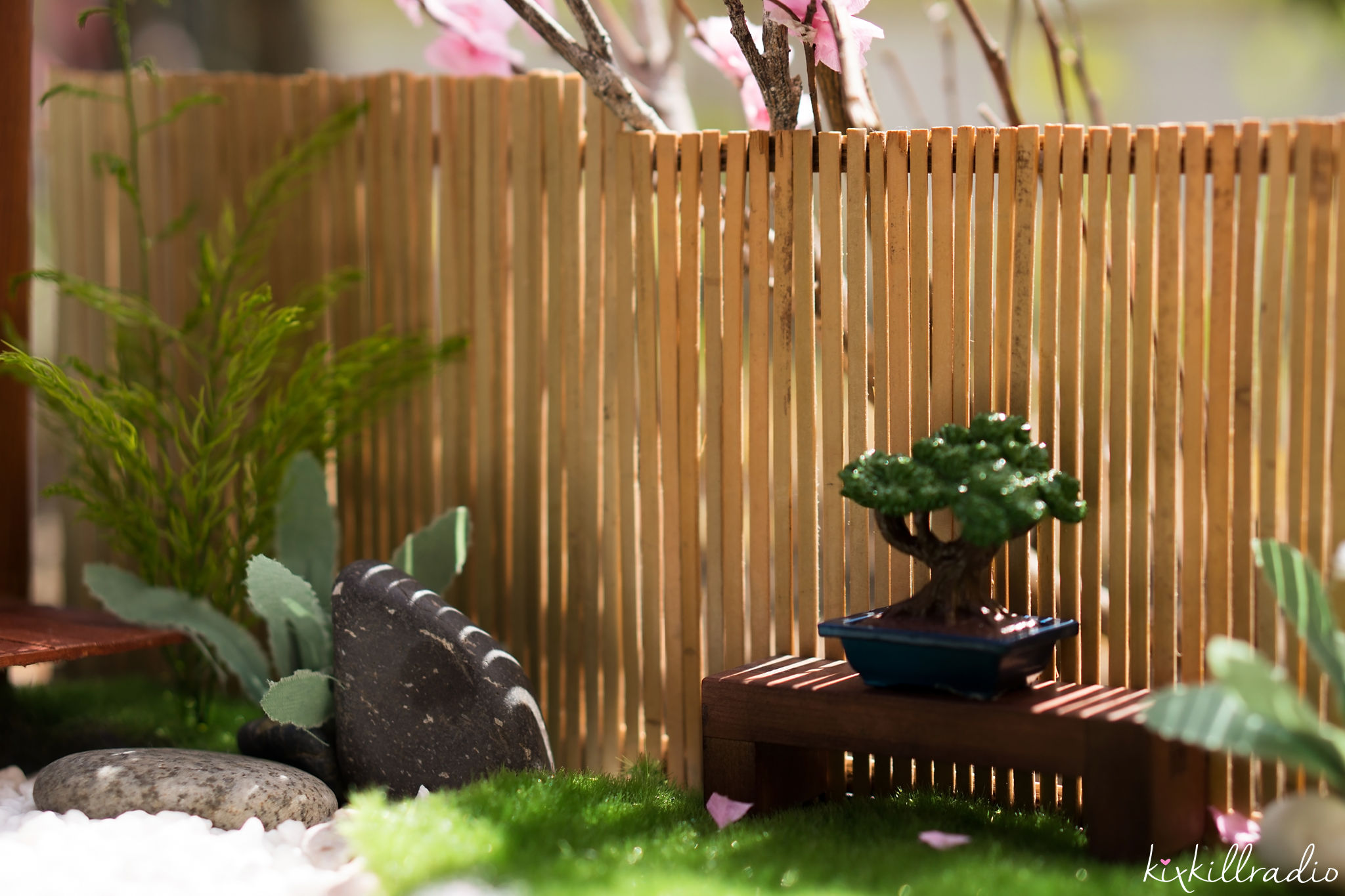 Nendoroid Sakura Miku: Bloomed in Japan is the very first figure to be “Made in Japan” at Good Smile Company’s Lucky Factory located in Tottori, Japan. I got her pretty late but I’m glad I still did. She looks adorable in her 3 face expressions, springtime treats and pink outfit. 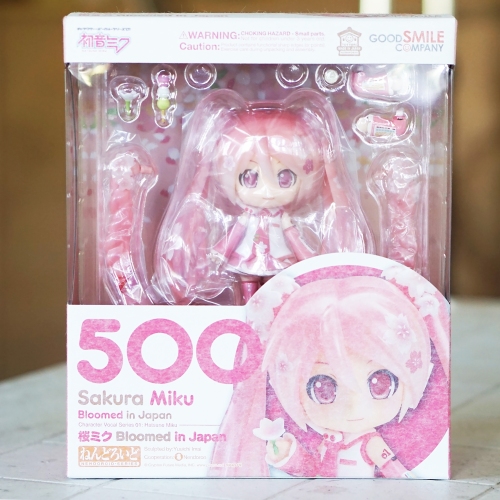 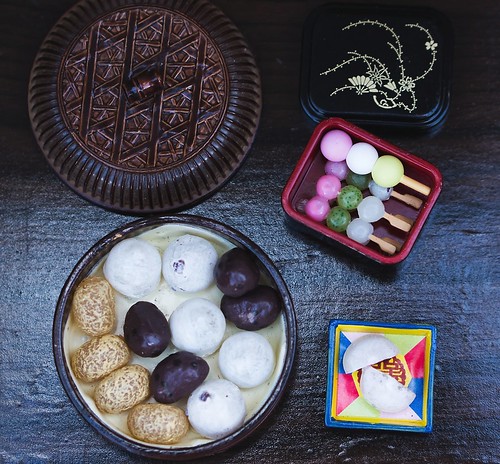 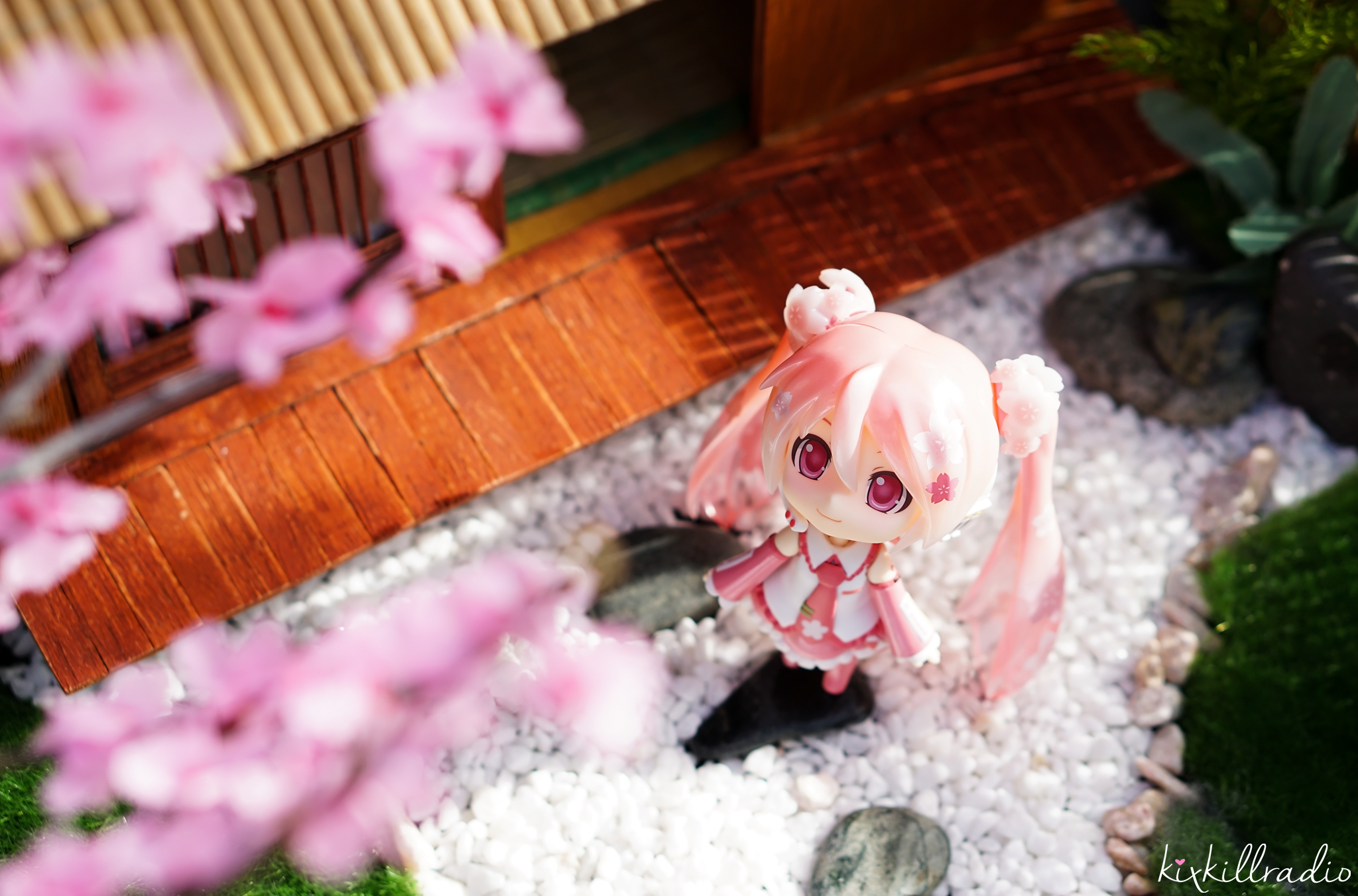 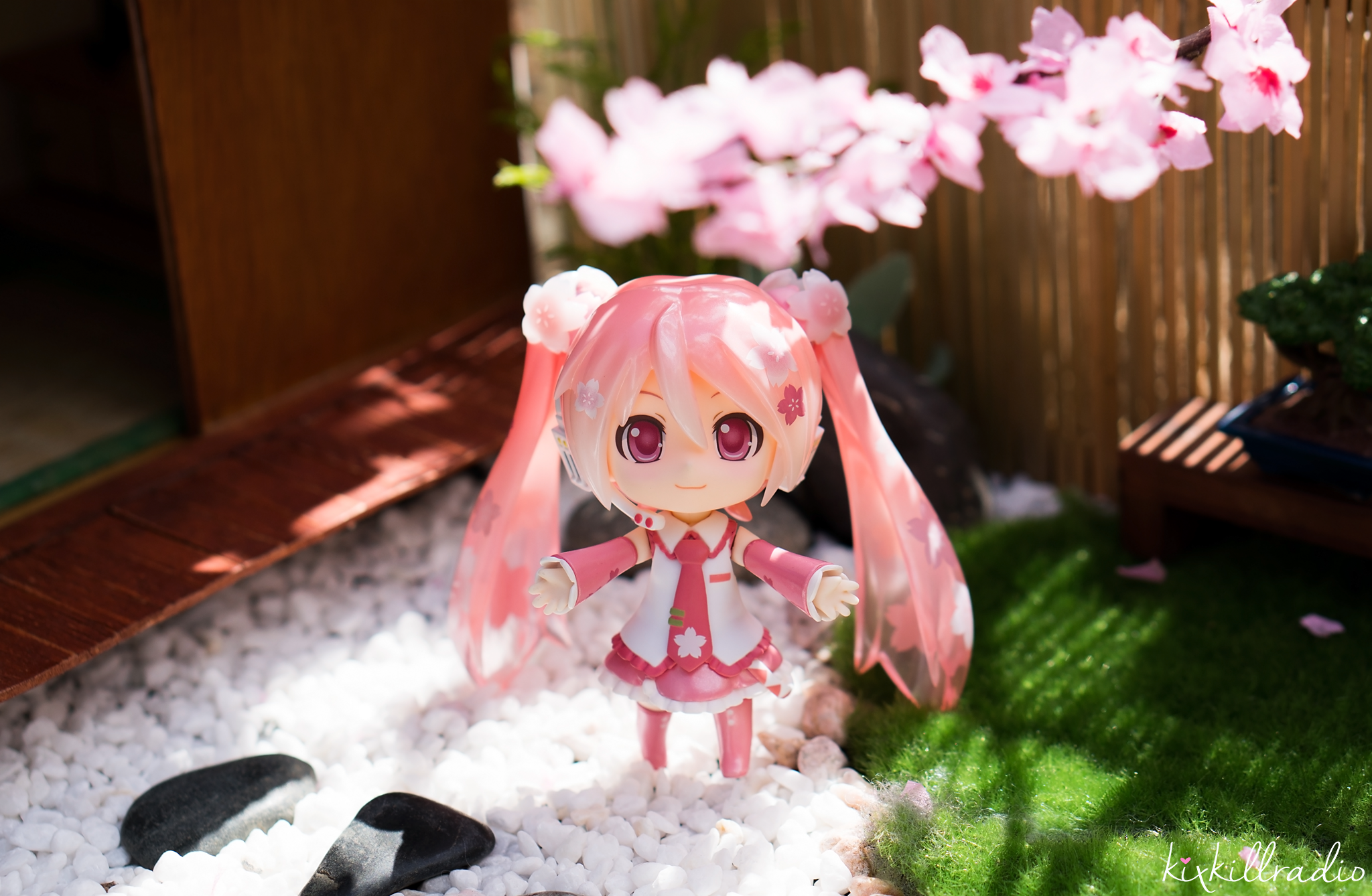 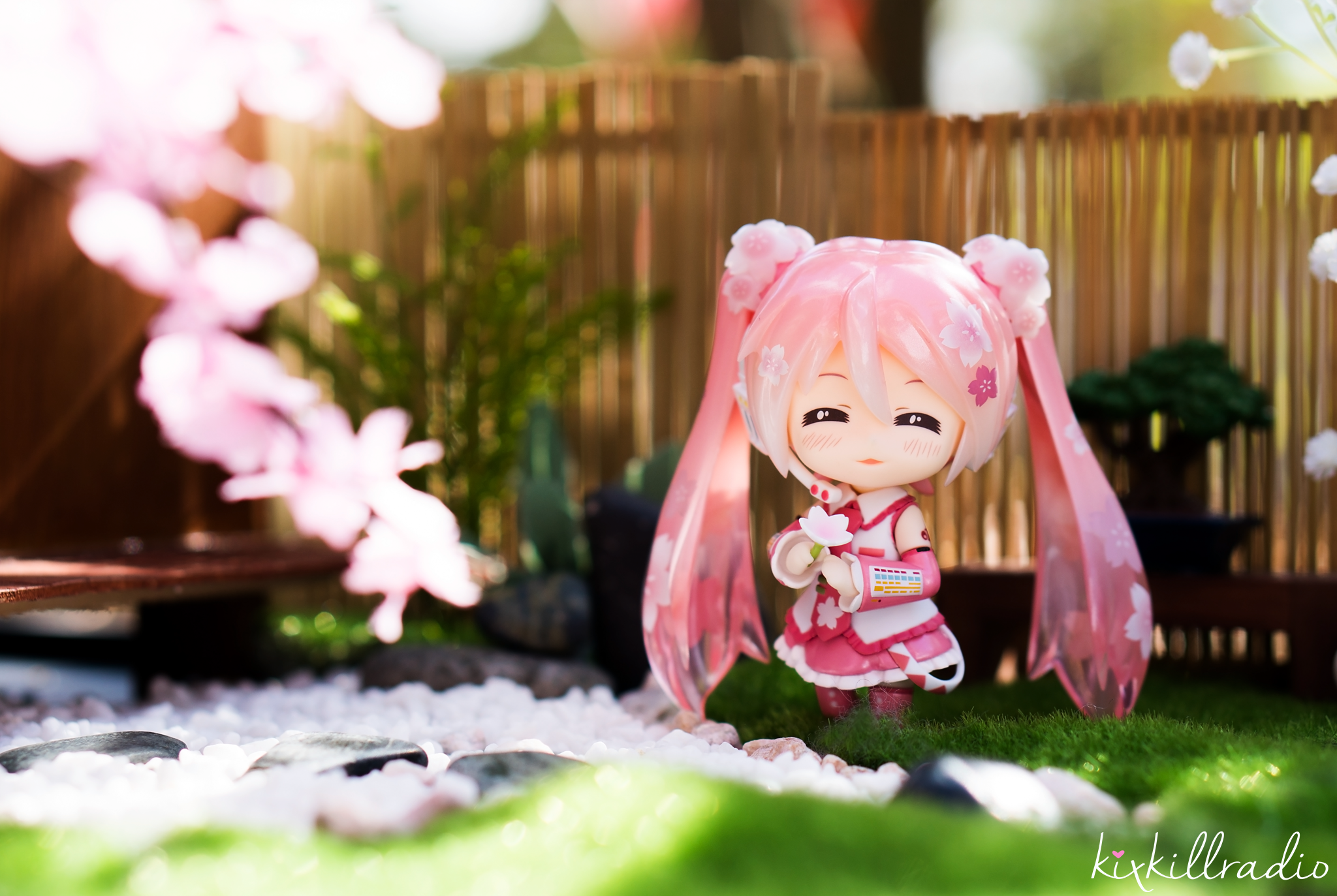 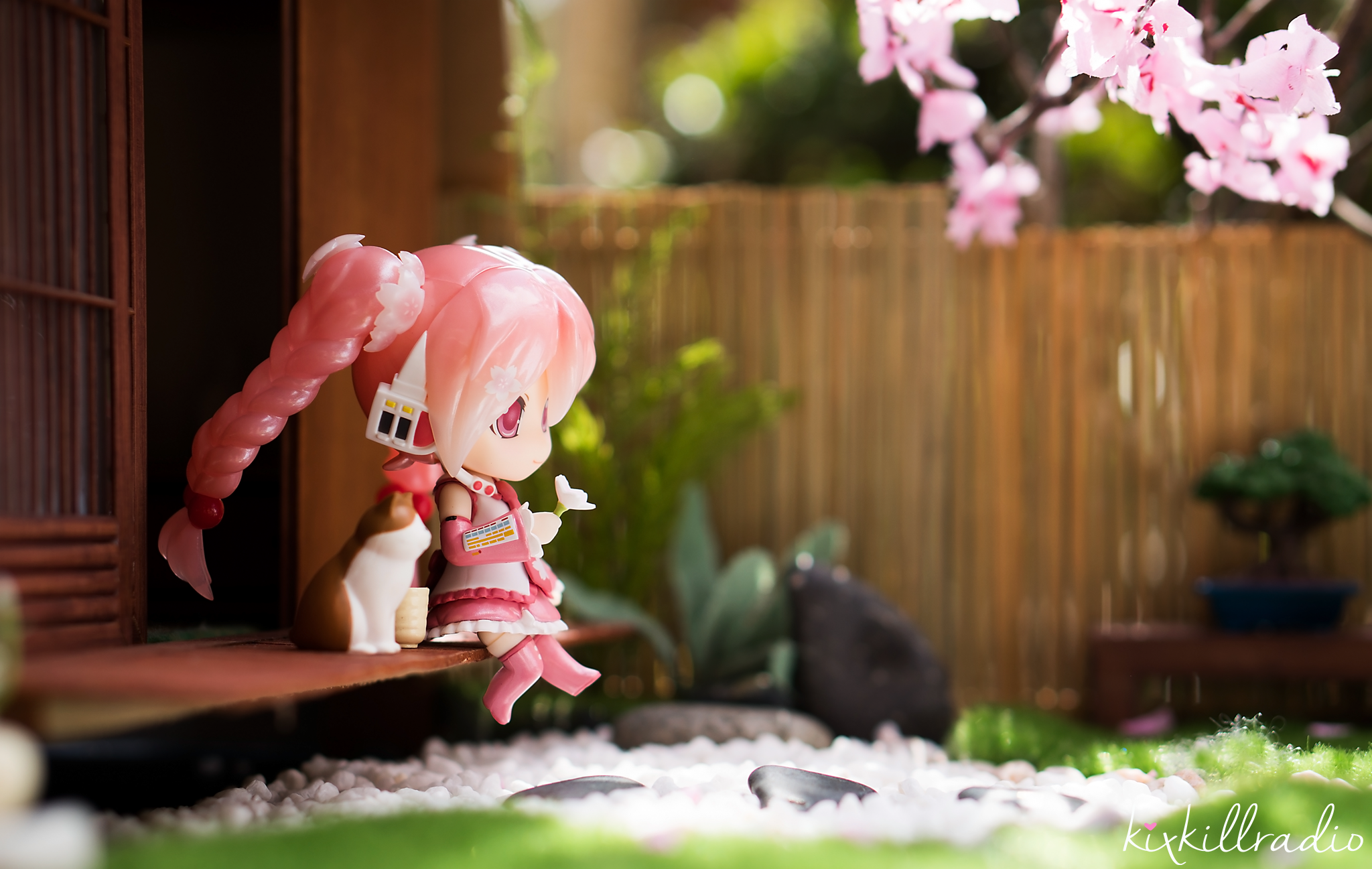 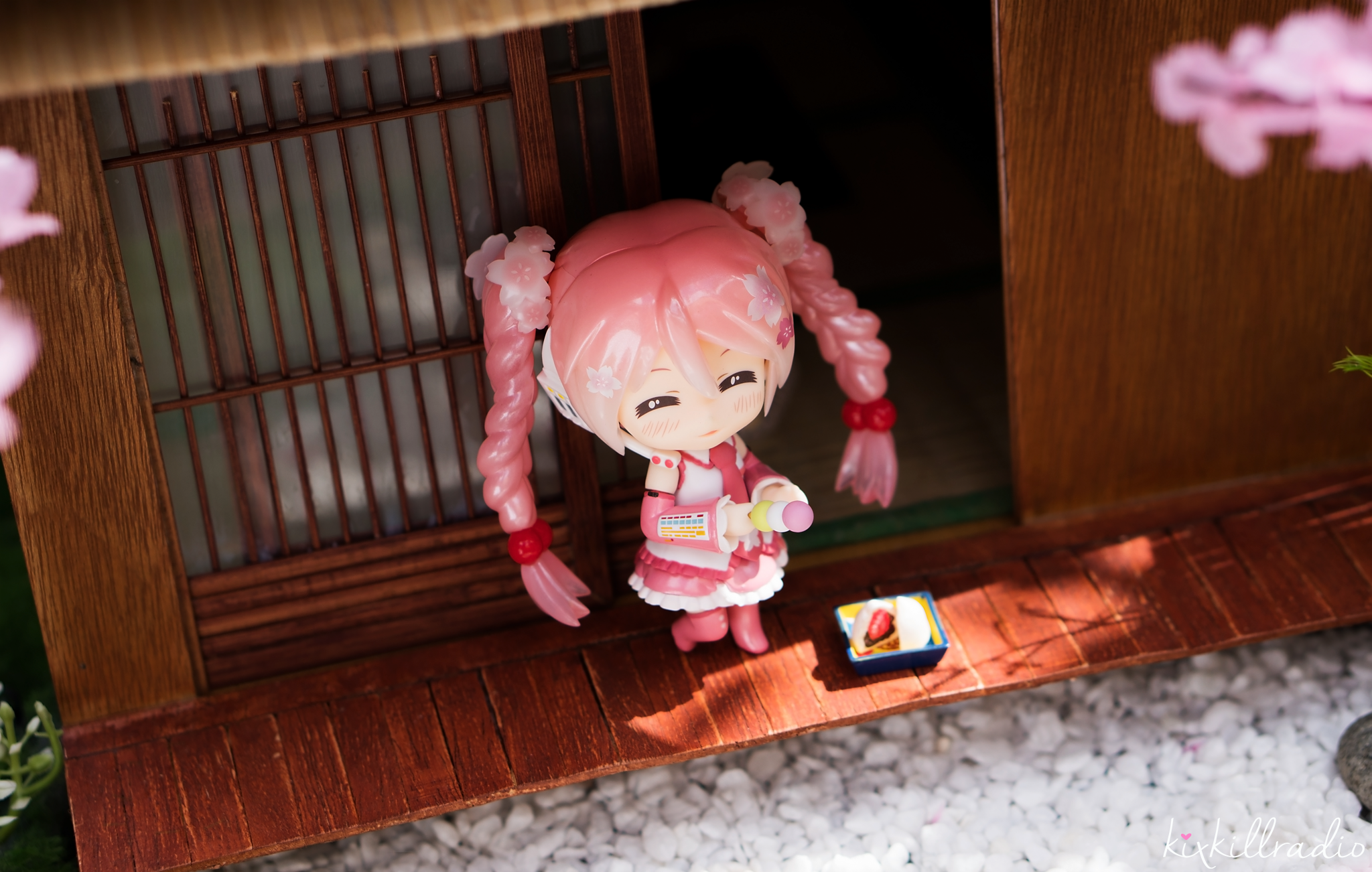 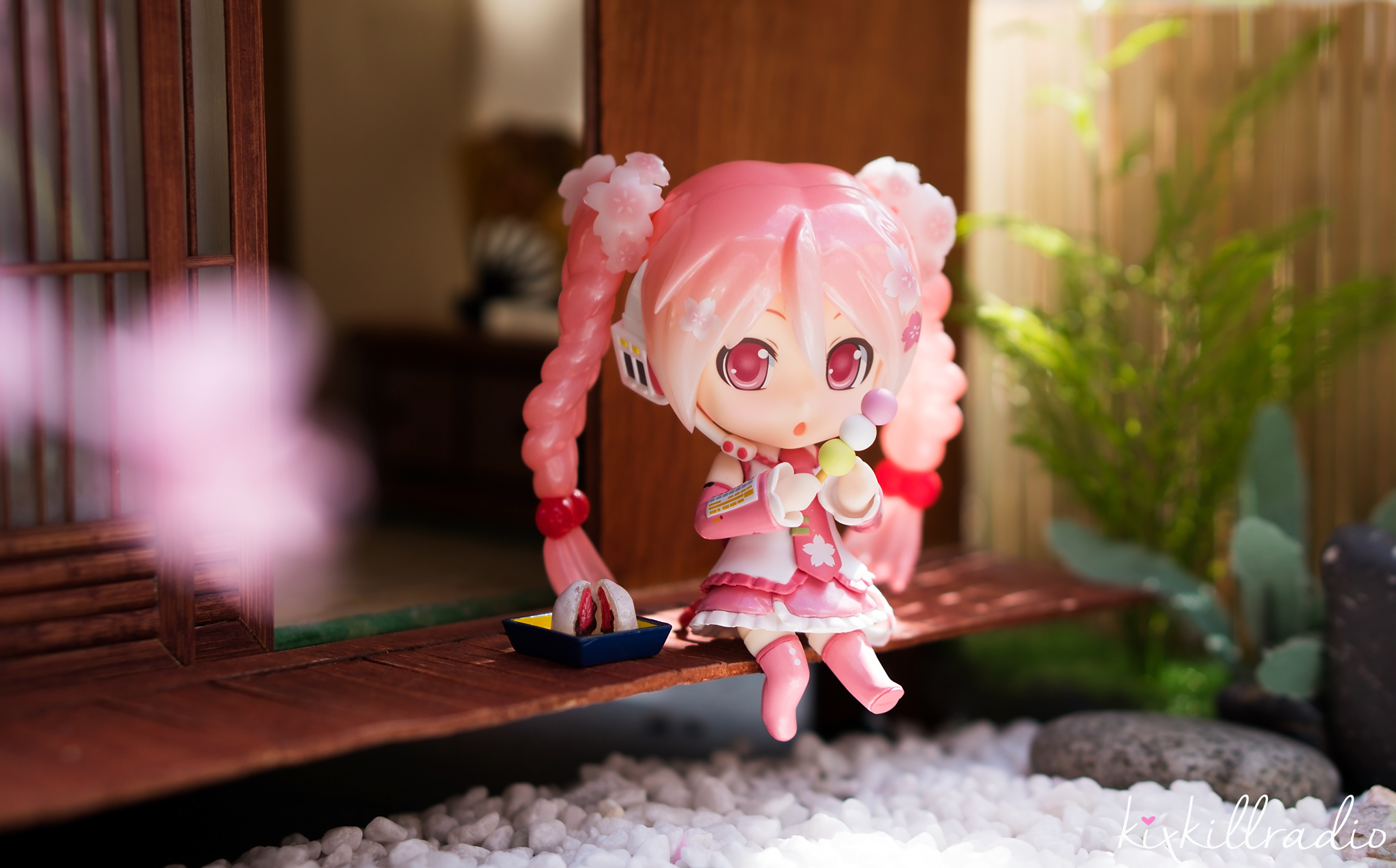 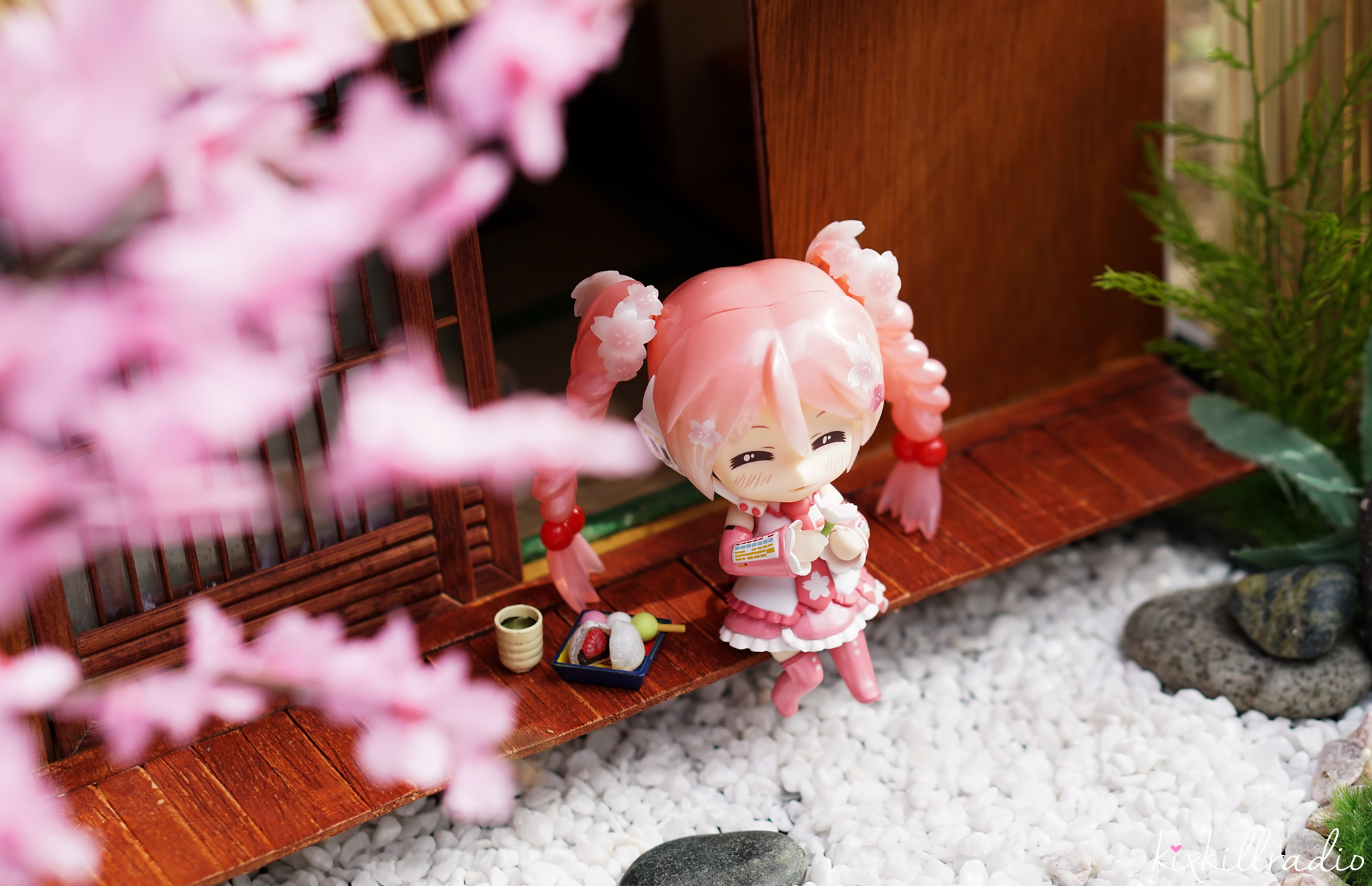 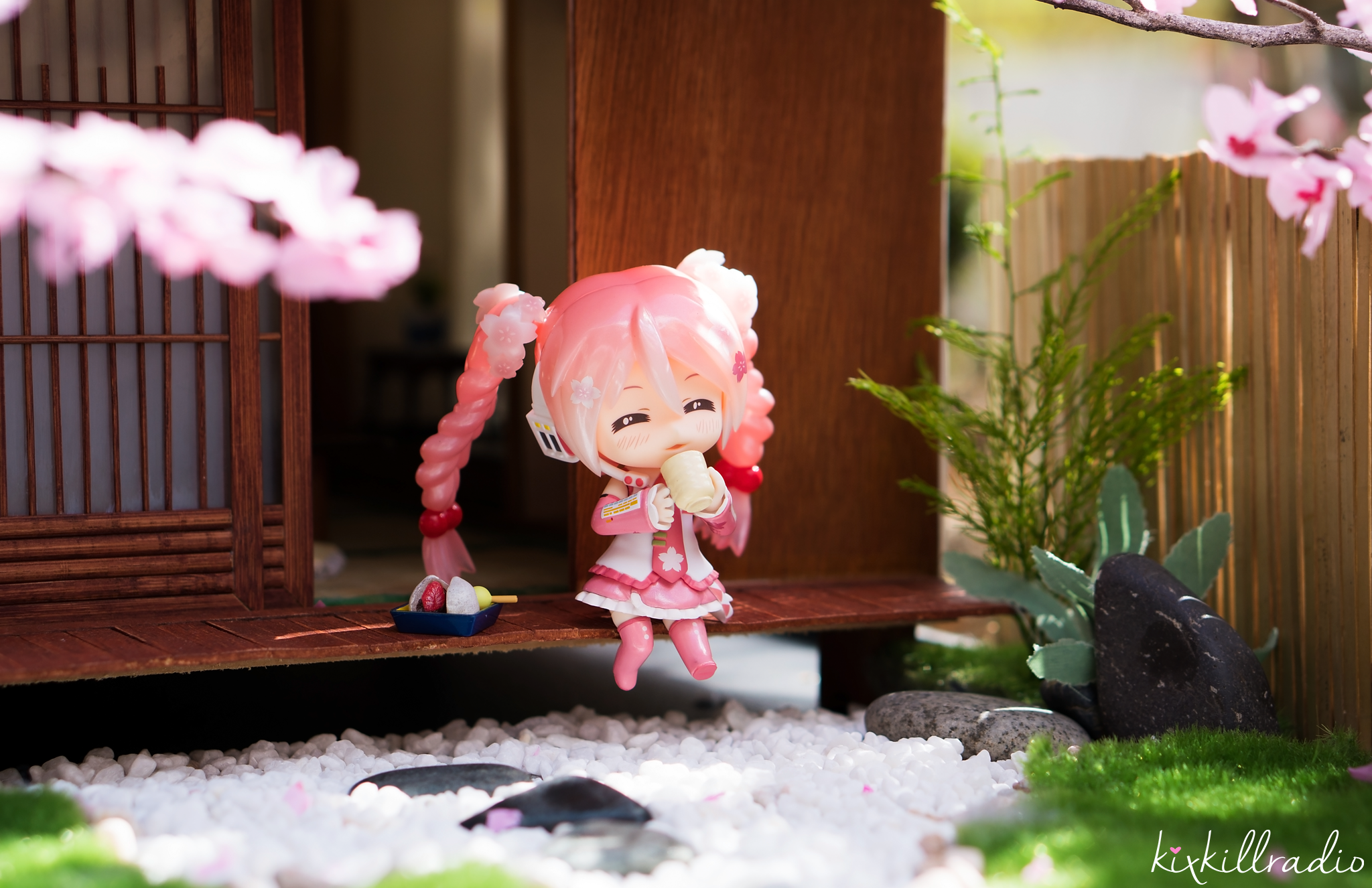 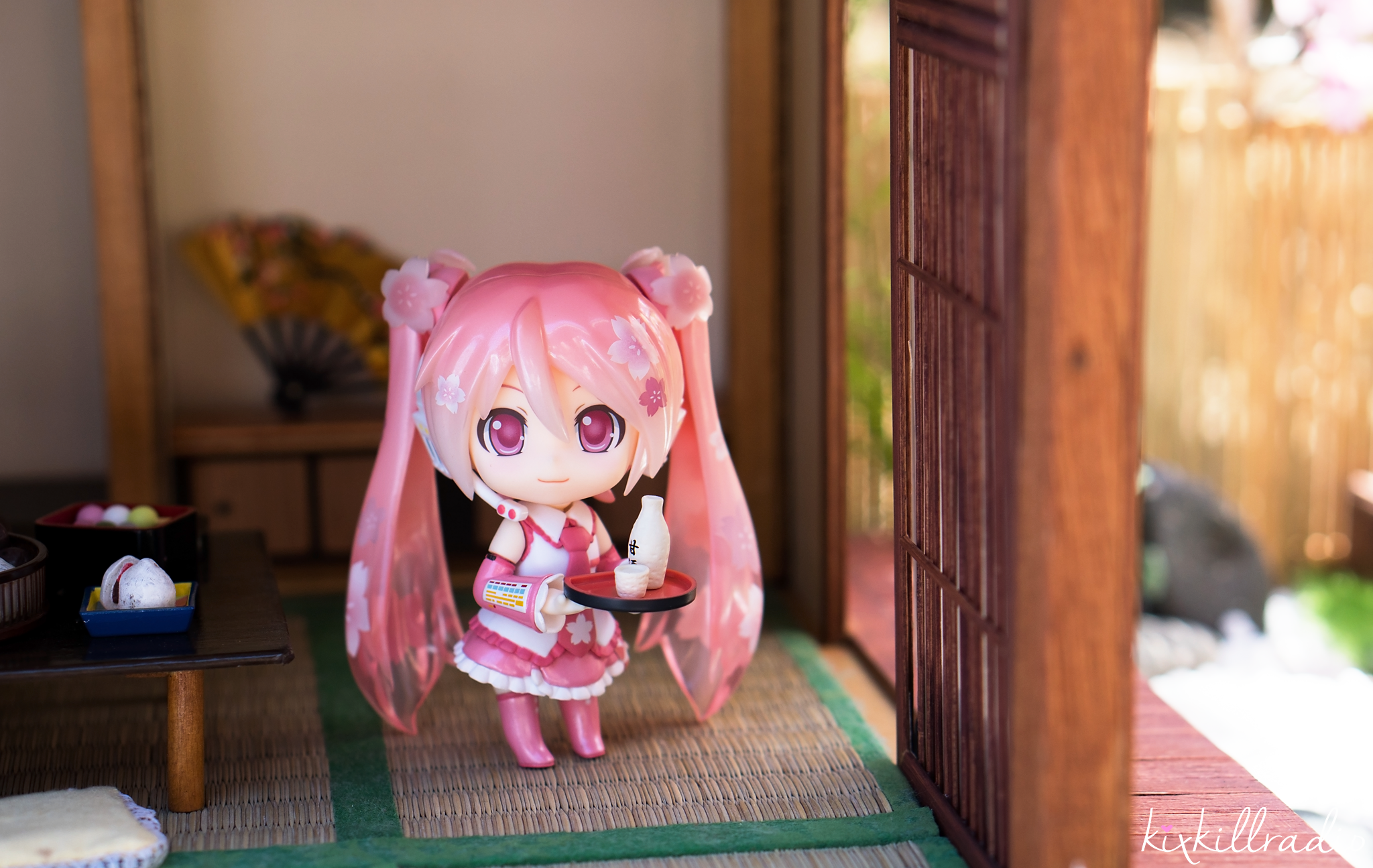 Her friends will be joining her soon.. Watch out for it! ^_^ 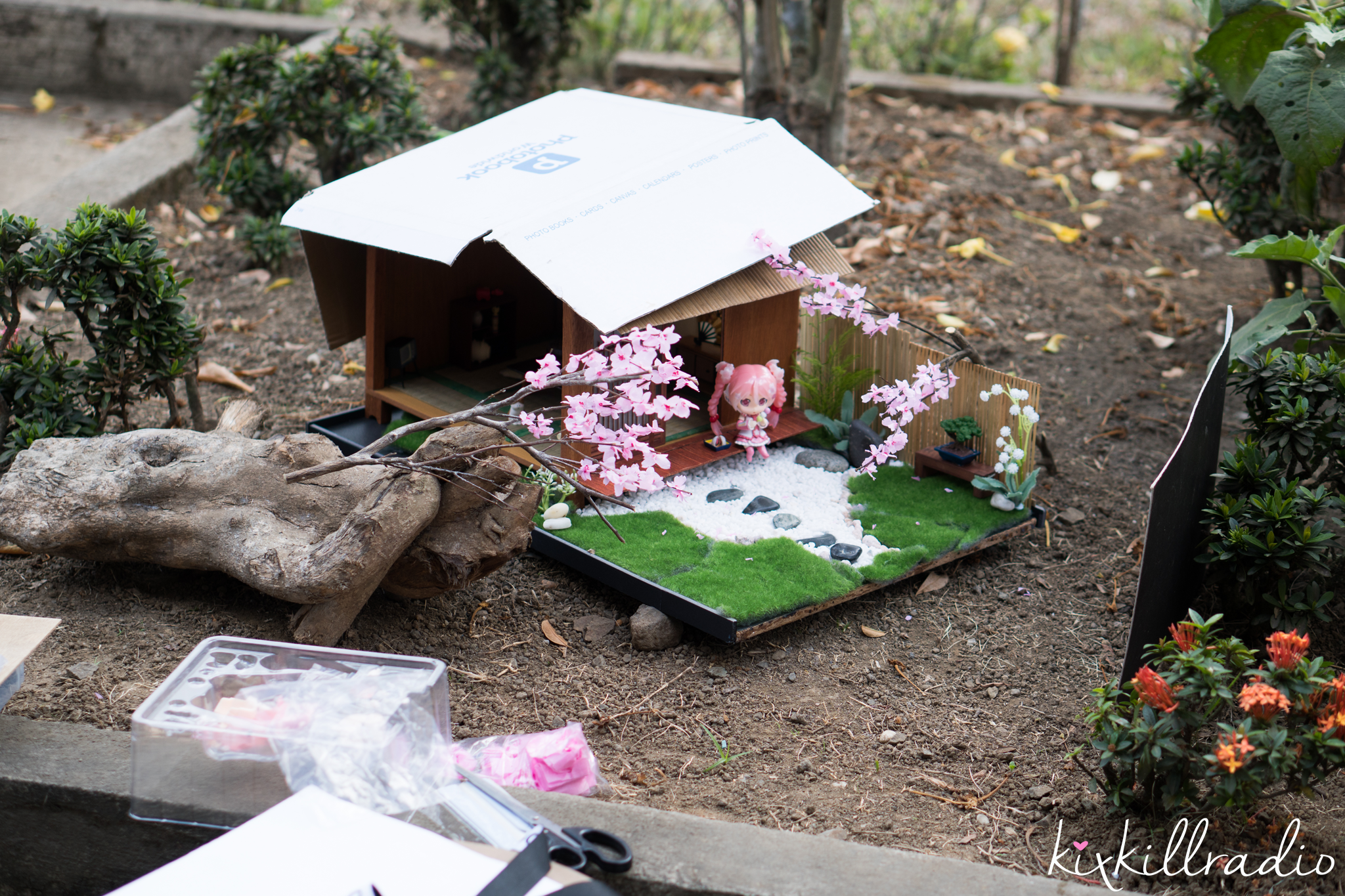 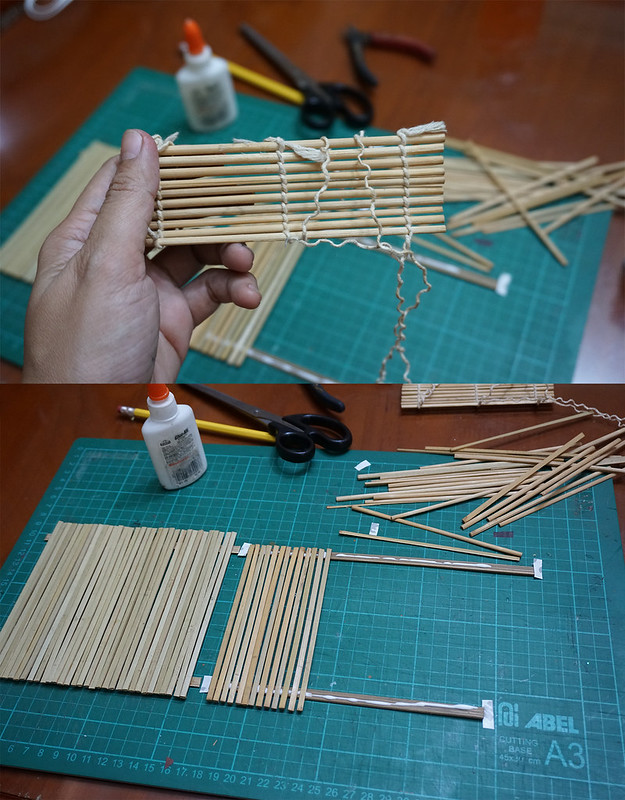 From a sushi mat, I made a miniature bamboo fence.