Today’s feature is none other than Sakura’s best friend from the popular manga and anime series, “Cardcaptor Sakura”, Nendoroid Tomoyo Daidouji by Good Smile Company. In the anime, Tomoyo comes from a wealthy family. She provides Sakura a special costume to wear on her missions and record the events with her camera.

For this shoot, I imagined Tomoyo doing what she loves for Sakura so I made a sewing room for her. 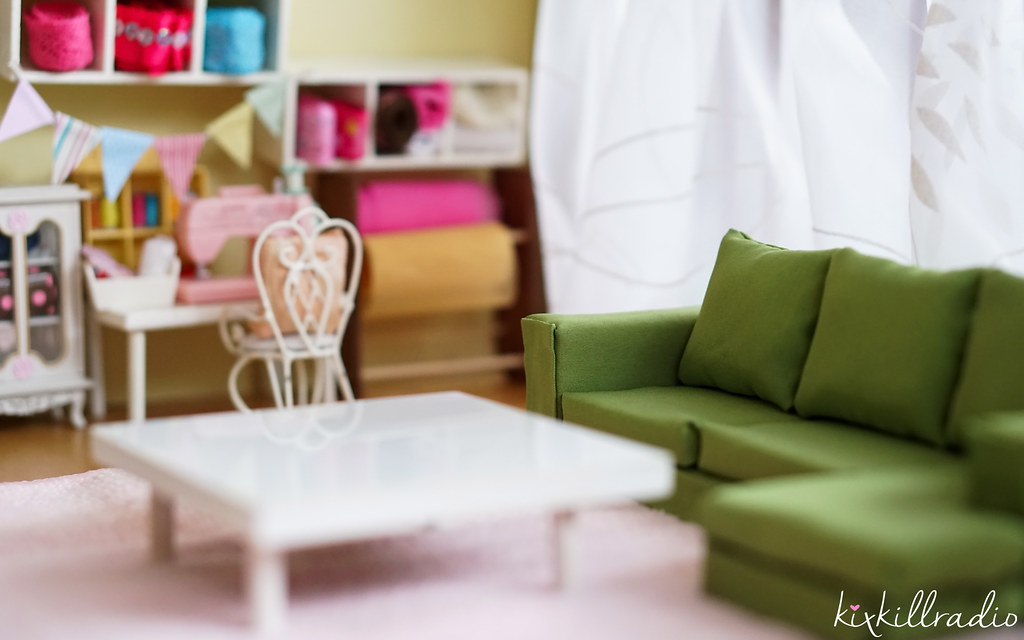 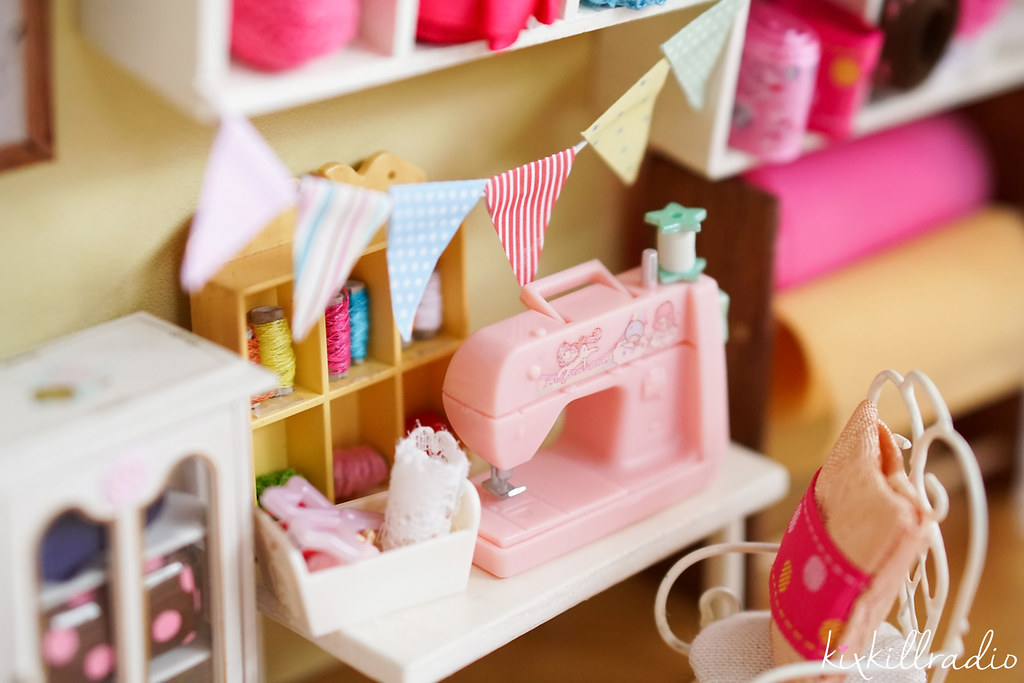 “Everything will be fine as long as I’m with Sakura-chan!” 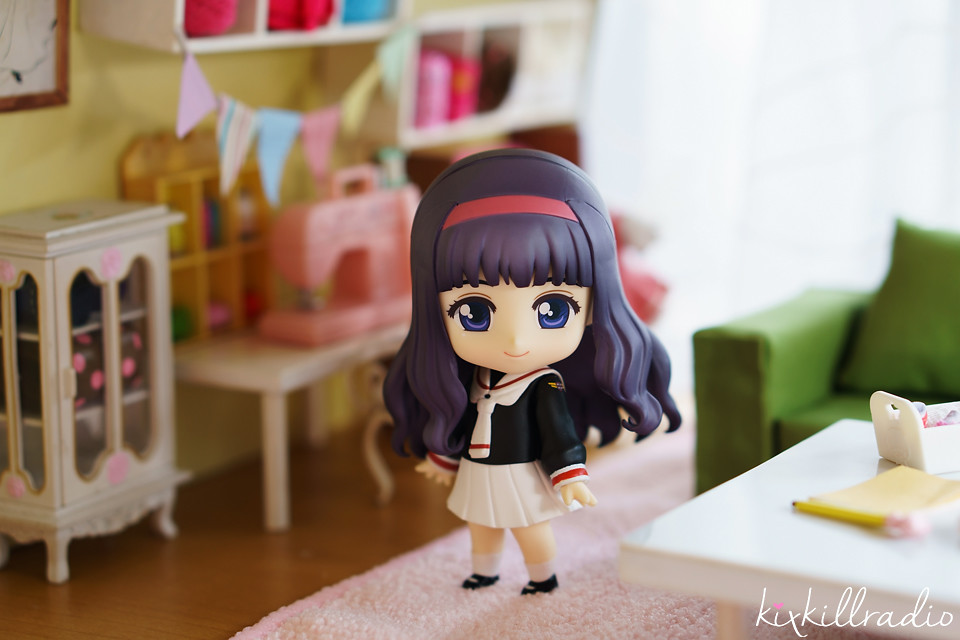 I got this cute little Nendoroid Tomoyo Daidouji last year and I just couldn’t think  of a photography theme until I re-watched the anime for some inspirations..

Tomoyo and a Special Outfit for Sakura-chan

Aside from having a beautiful voice, little Tomoyo does have a talent in making cute costumes. 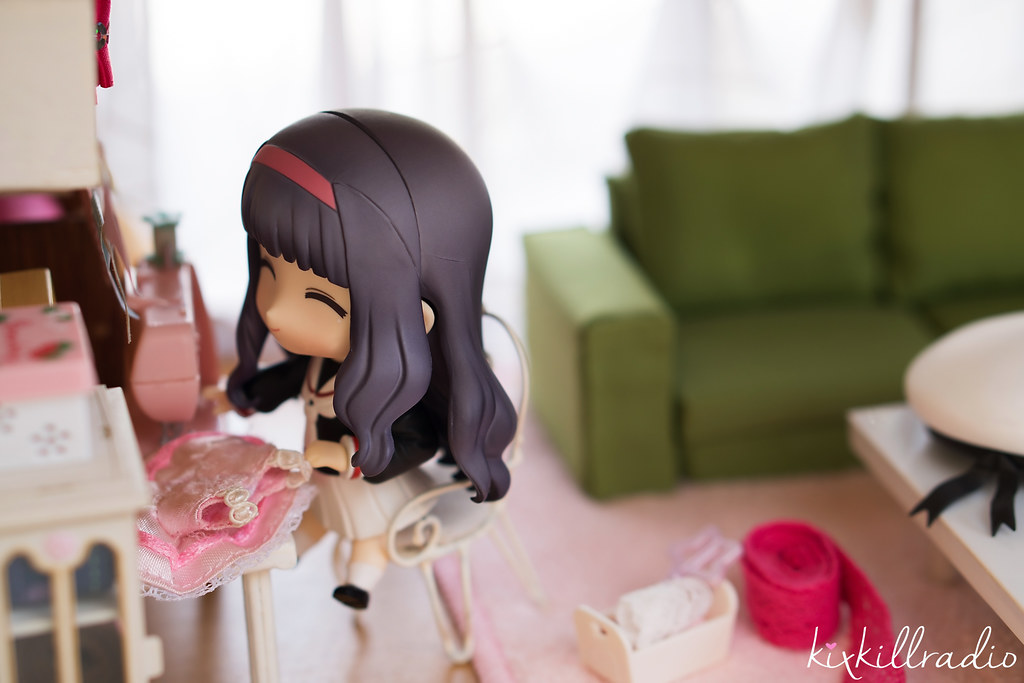 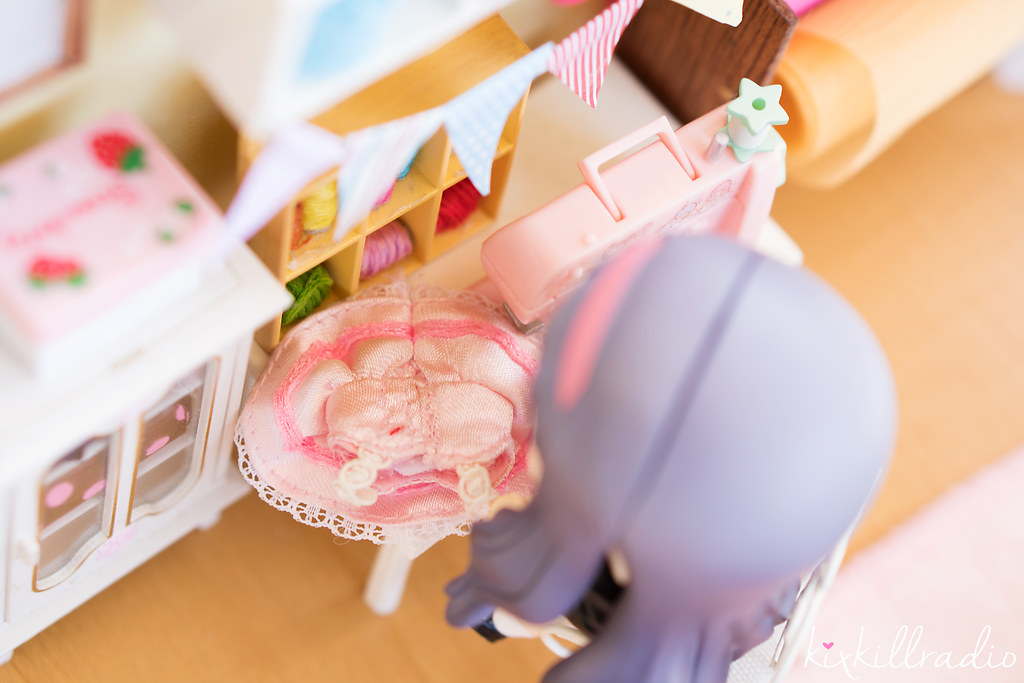 Sakura-chan will definitely love that outfit! 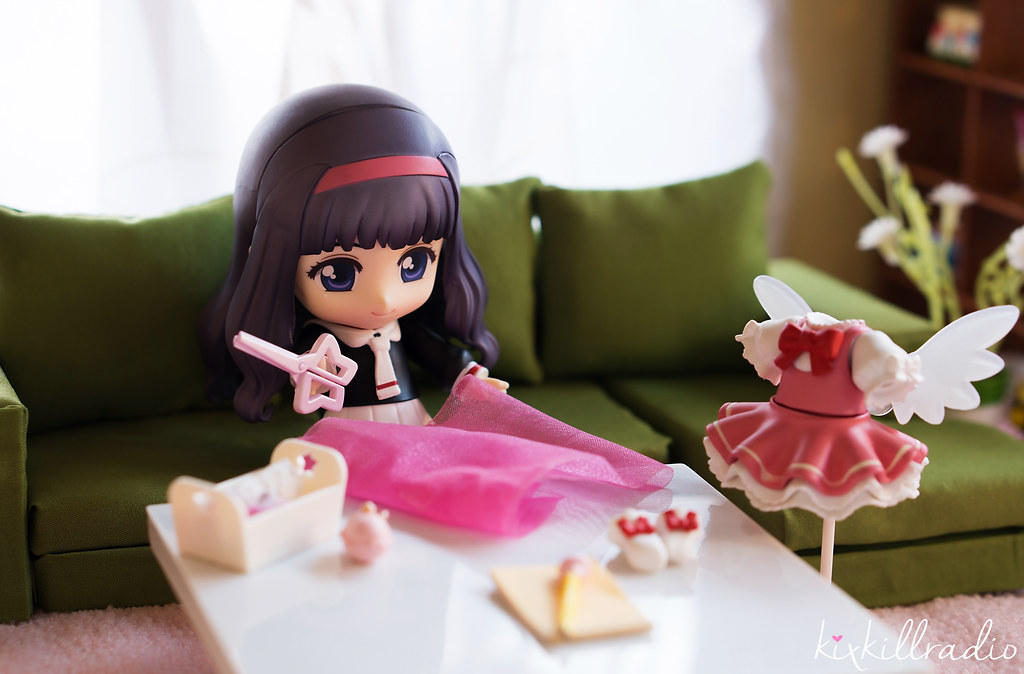 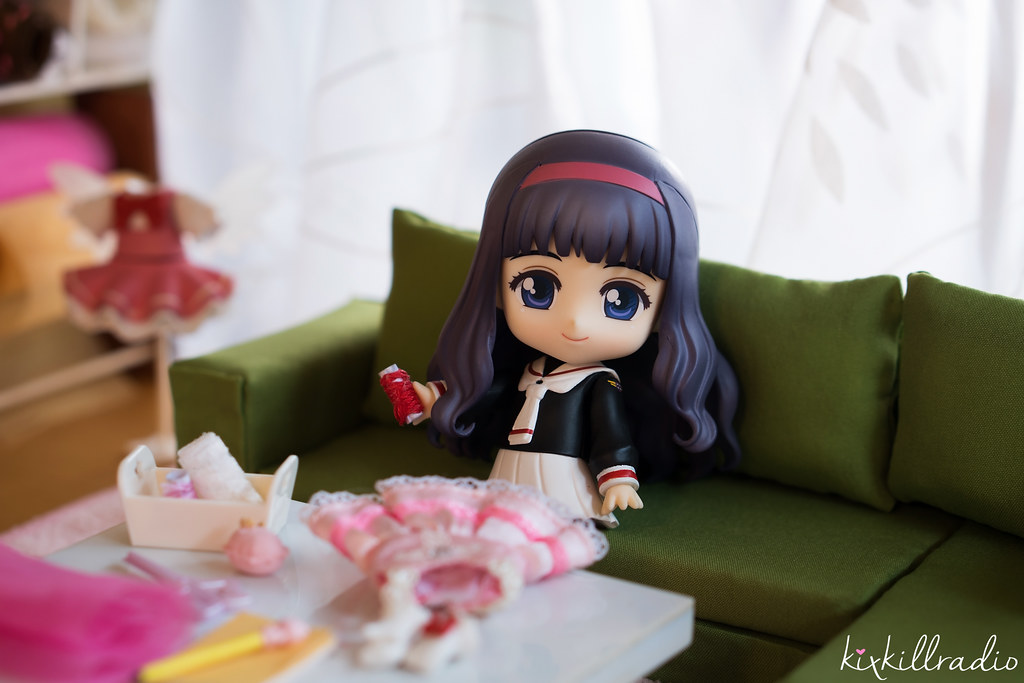 Aww.. She must be tired. 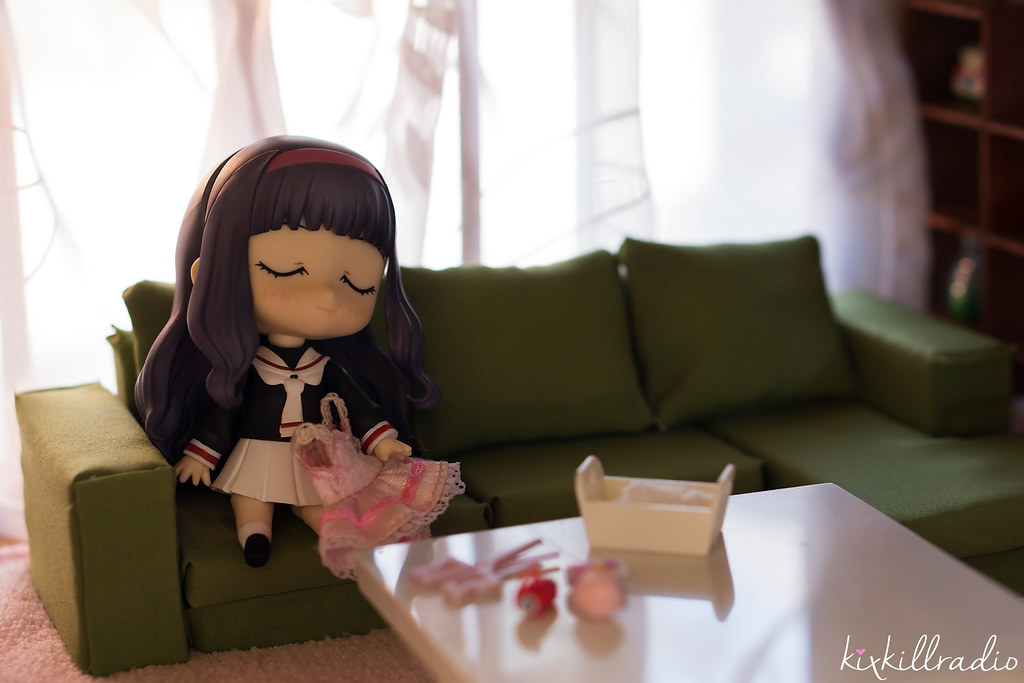 Sakura, Tomoyo and the Special Outfit 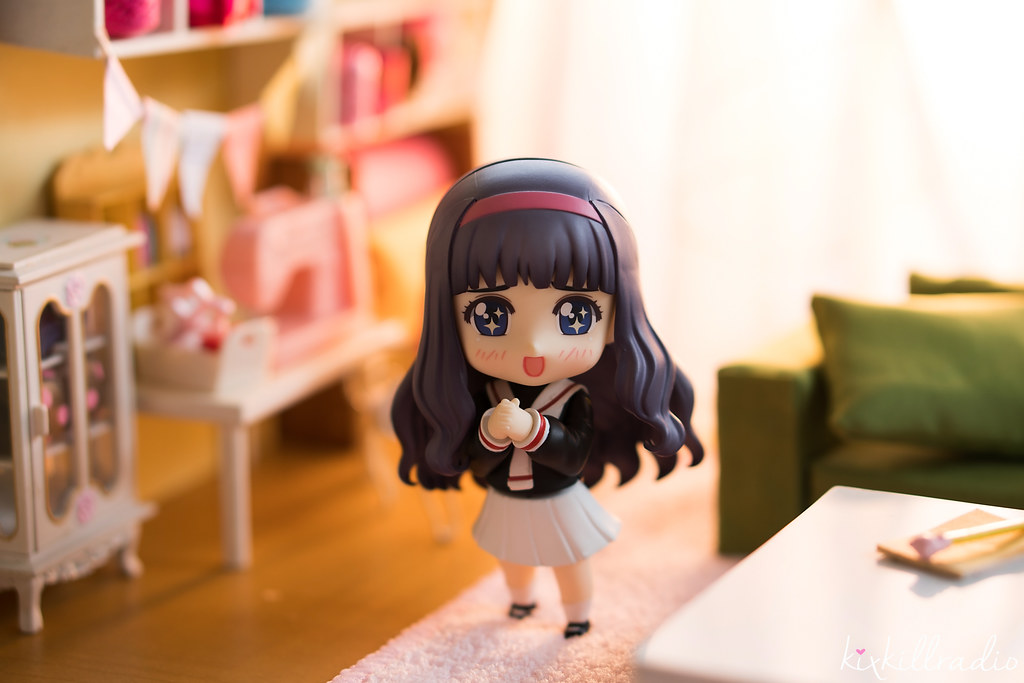 and she grabs her video camera to record Sakura-chan. ❤ 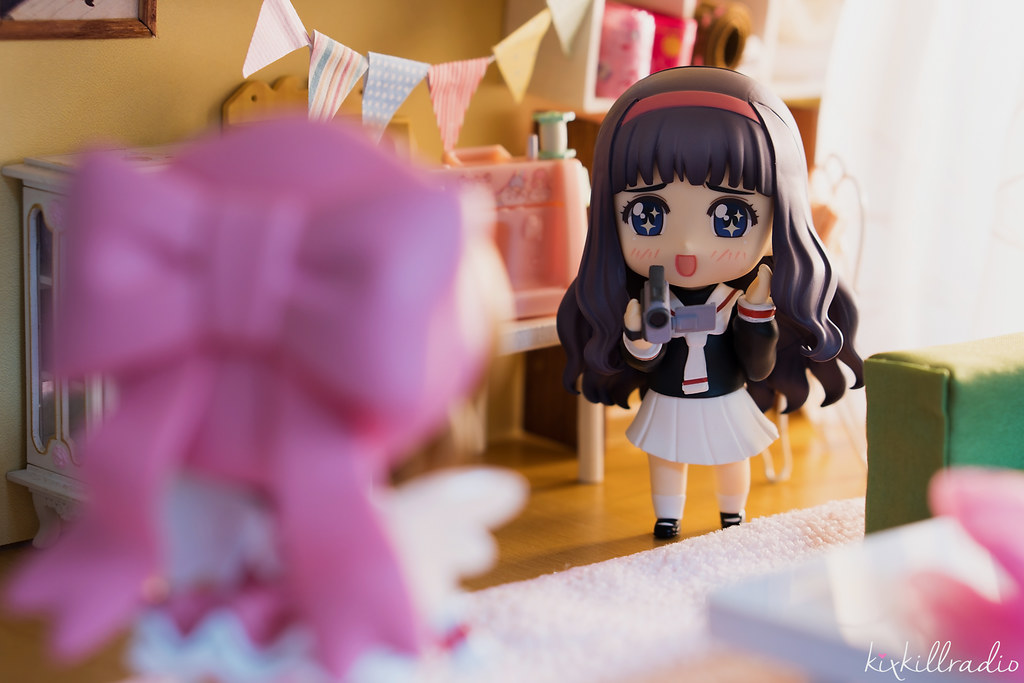 Tomoyo and the Bunny 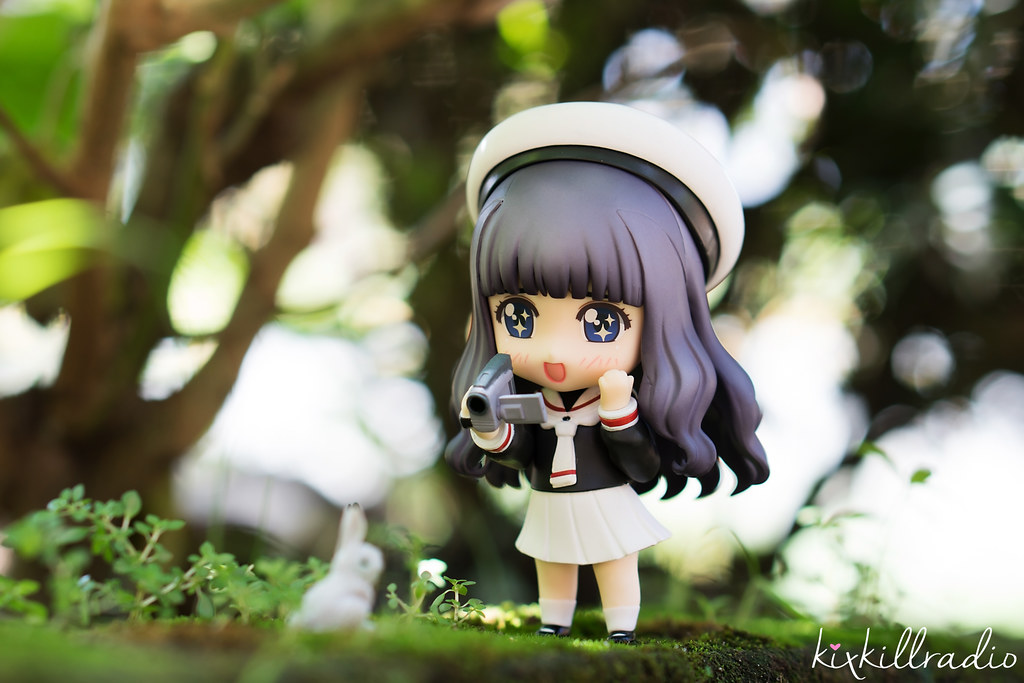 Sakura, Tomoyo and the Sewing Room

Welcome to my home Sakura-chan and Kero-chan! 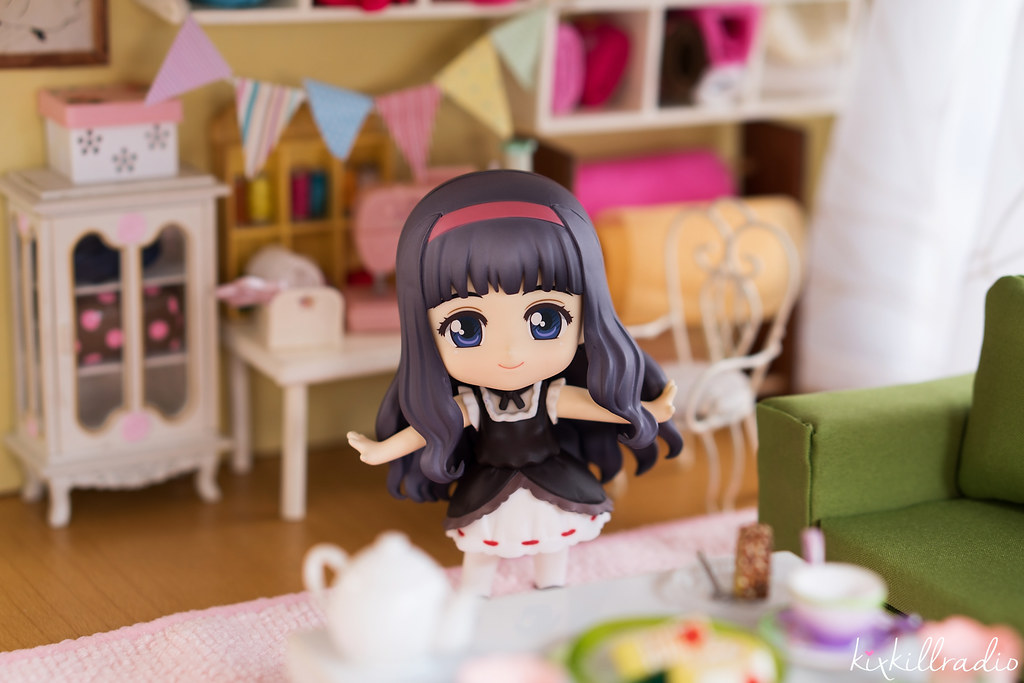 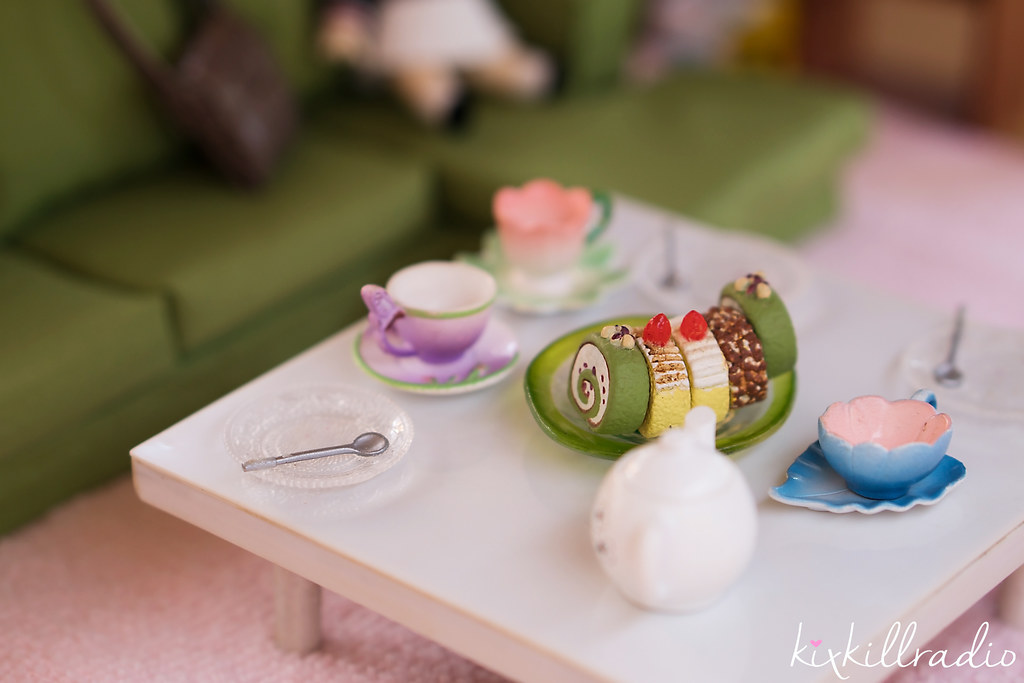 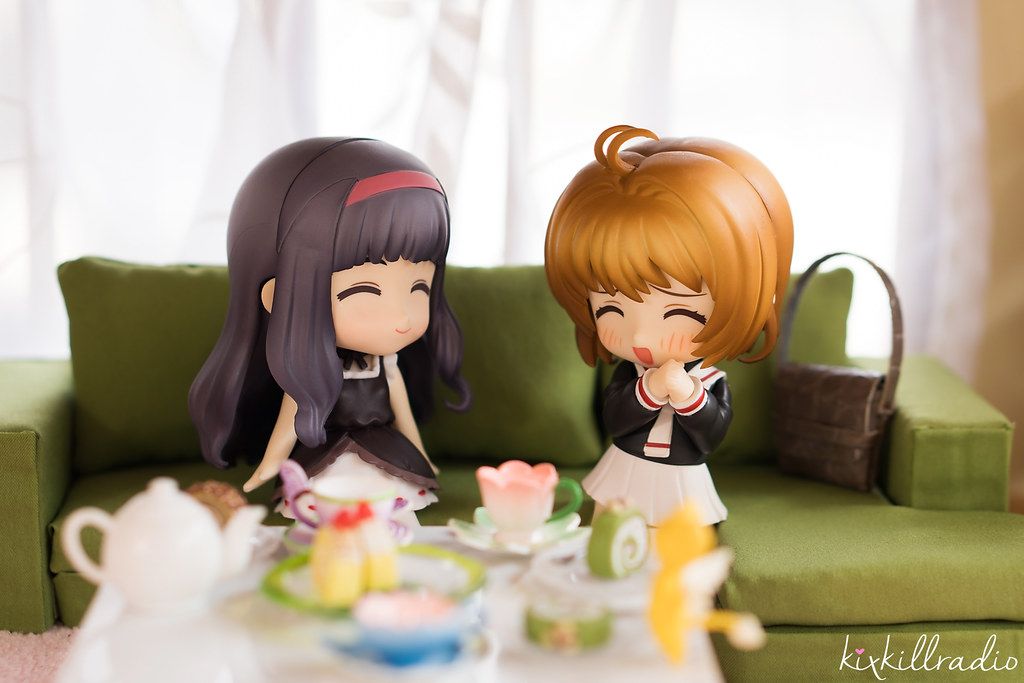 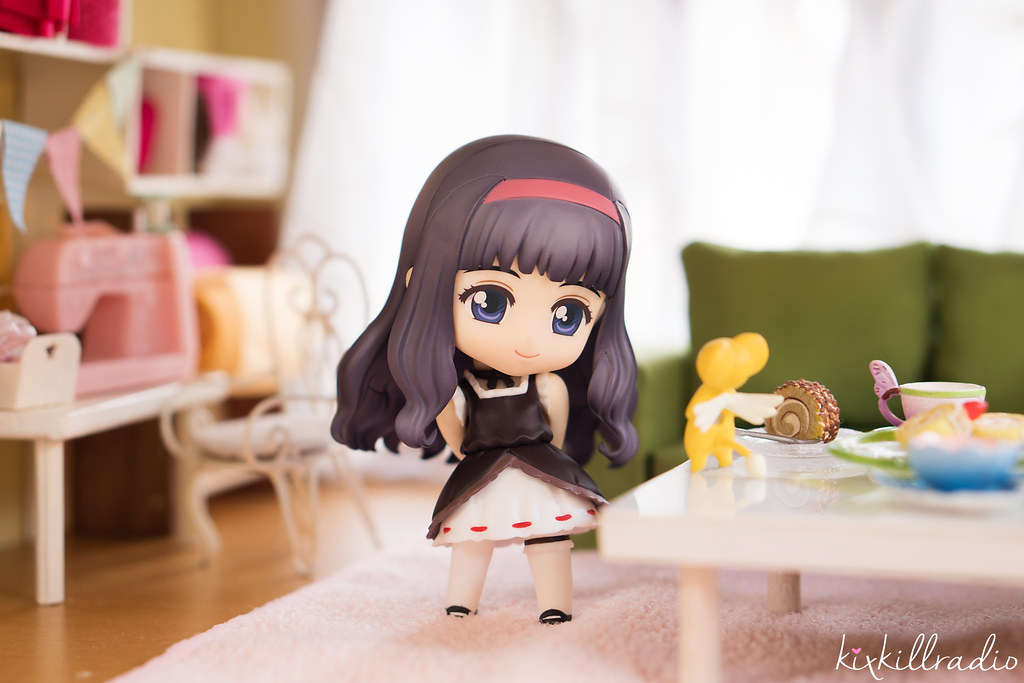 In the anime, Tomoyo’s room has a green coloured classic sofa. I made a modern style using Polyethylene foam and covered it with green coloured fabric. 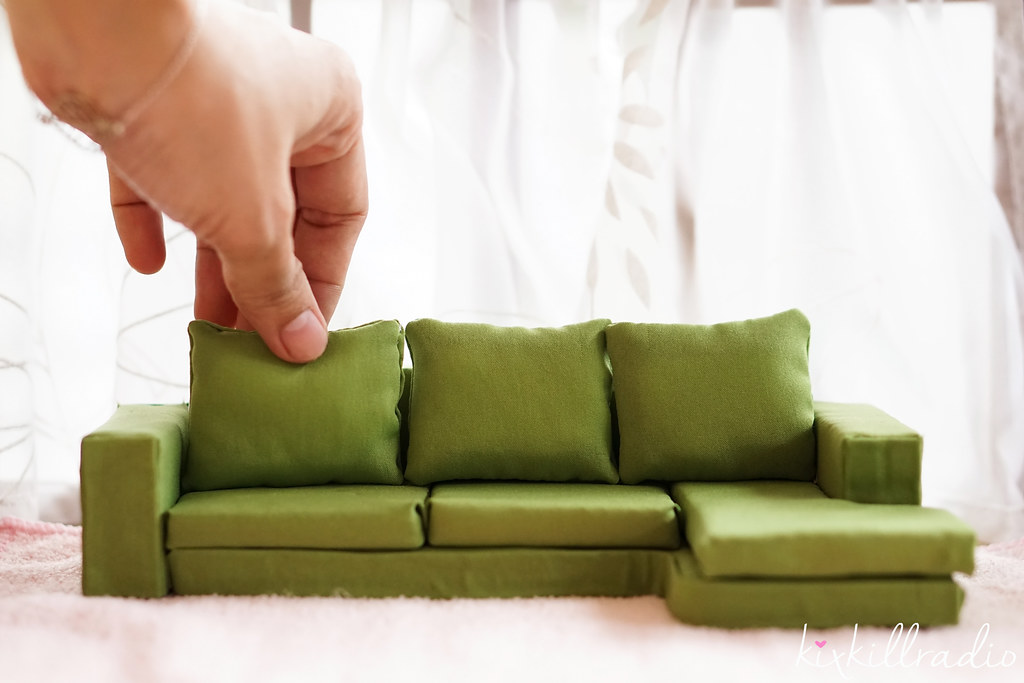 From simple desk lamps, I now use this amazing lighting gear from Sony Philippines. It’s the Sony HVL-LE1 video camera LED light. It has a white diffuser and yellow filter that let you choose from cool to warm effect. 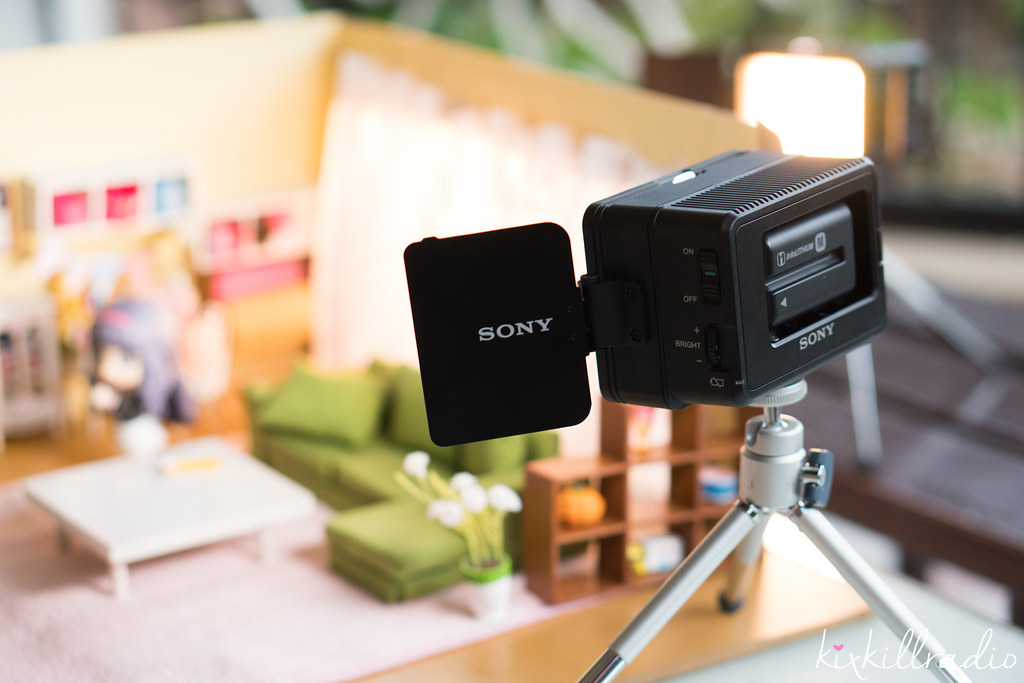 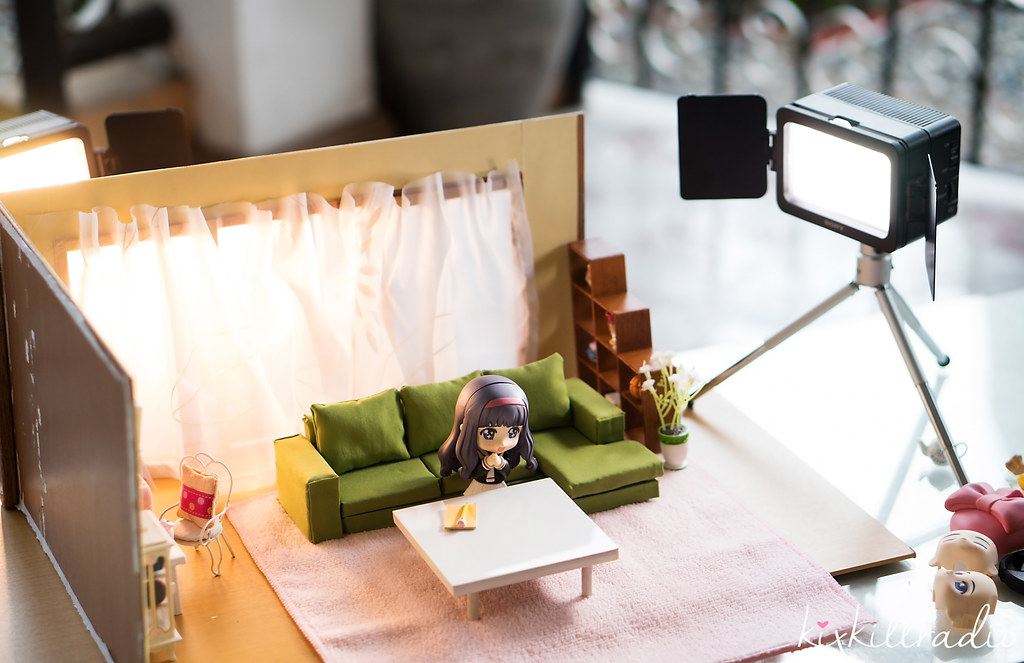 That’s all for today friends! See you again on my next post. 😀 ❤